“Magic mirror on the wall,

What’s the best panto of them all?”

The tale of Snow White and the Seven Dwarfs will be brought to life by Linskill Community Theatre this Christmas, putting their own spin on a time-honoured classic.

Everyone knows the story of the beautiful princess who falls afoul of her wickedly jealous stepmother, who wishes to remain the most fair in all the land – and will do anything to make it so. The evil Queen doesn’t account for the courageousness of her stepdaughter, or for the intervention of seven pint-sized heroes. 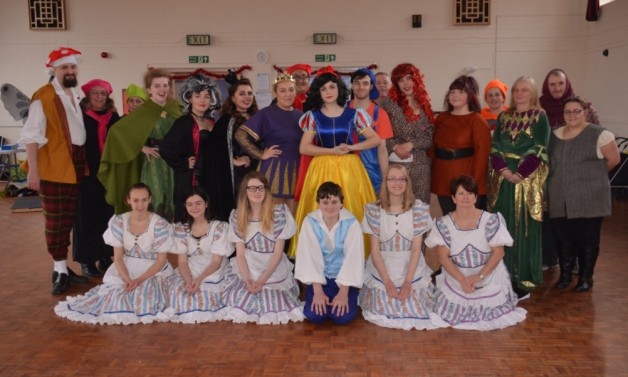 The theatre group, which comprises of amateur actors of all ages and backgrounds, is celebrating its fifth year of business.

However, this retelling of Snow White by the North Shields-based theatre group, whilst following the traditional narrative, will present those in attendance with an irreverent take on the Disney classic. Performing a script written by the critically renowned Ben Crocker, whose work has been widely praised by regional and national reviewers alike, Linskill will bring Snow White and her companions into the 21st century, the modern update providing plenty of laughs for audiences of all ages.

“We’re thrilled to be sponsoring another production by this hardworking group of volunteers in our local community,” said Stephen Conway, Managing Director of primary sponsor Wade Financial. The North Shields financial planning company is serving as the production’s primary sponsors this Christmas, having fulfilled the same role in Linskill’s previous performance of Our House: The Musical, and are enthusiastic about backing the community theatre group once again. “Our House was fantastic, and everyone will be expecting more of the same from their Christmas panto. We’re all looking forward to it!”

Performed by an enthusiastic cast at the Linskill Centre in North Shields, Snow White and the Seven Dwarfs will take to the stage on four occasions in the run-up to Christmas. Performances will take place on Wednesday 17th and Thursday 18th December at 7pm, with 2pm matinee showings on Saturday 20th and Sunday 21st December.