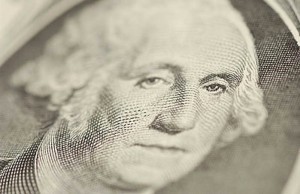 This week is one that matters for us all as important events unfold around the world. Although none of the events are happening in our home land the effects will be felt by all of us.

The first and huge event is the US election taking place today and as the US is still the largest economy in the world and has political influence far beyond its shores the outcome will have a worldwide impact. This election has been one of the closest fought contests for years and has also been the most expensive. According to the polls it’s neck and neck. In the end it will come down to a few marginal states like Nevada and Florida.

Early on it looked like Romney was gaining the upper hand but the arrival of Superstorm Sandy allowed Obama to show himself as the Commander in Chief taking control of events and making things happen.

So why does it matter to you? Well as with the rest of the world the US is facing some tough decisions on how best to deal with getting its economy moving. The US cannot continue to carry the amount of debt it has and needs to vote on some tough choices.  If neither candidate can get their policies voted in then the markets worldwide could react very badly. Markets hate uncertainty, even bad news is better that not knowing and being unable to form a clear policy.

It’s a difficult one to call but I personally think Obama will get re-elected and hopefully he can get his policies through the two houses and into action.

Away from the US two other important events are happening. In China they are meeting to decide the leadership of the Party and as a major world force their policies going forward will make a difference.

In Europe David Cameron is meeting up with Angela Merkel to talk about the Brussels budget. Cameron is trying to freeze the amount Britain puts in but in the end could up increasing the payment by as much as £270 million a year.  He has said he will veto against anything that is not in our interests. This however would not be the end of the story as a default arrangement says in the event of no agreement the budget will increase in line with inflation.

Even if a deal is reached it must be passed by our Parliament and in view of recent votes against the government this will be difficult to get through.  The real problem for us is not the size of the budget but how it is spent and what some see as the waste of some of the funds.

So an interesting week for all of us, with markets recovering this year and Wades’ client portfolios showing some good returns we all wait to see what the markets think of it all.  Hopefully things will work out and all of the Wades clients will look forward to Christmas and the New Year with profits in their investments and hope for a continued recovery next year.