So the famous opening monologue goes. Except it isn’t LA. It’s Millennium Place, County Durham, where the cast and crew at the Gala Theatre are preparing to stage the musical version of Billy Wilder’s classic picture. Fred Wharton, esteemed director at the amateur theatre, is ready for his close-up.

Fred has enjoyed a stage career spanning almost fifty years, and his lifelong work in the arts saw him recognised with a British Empire Medal – “a real honour”, he says, but one he shares alongside the societies he has worked with over the years. He has directed productions at some of the region’s largest venues, but the Durham Musical Theatre Company is his family, the Gala Theatre his home.

What makes it so special? For Fred, it’s the intimacy, both of the working relationships and the venue itself.

“The cooperation that we get, particularly from the backstage people, is marvellous. They bend over backwards to help out, and they make the production flow much easier than it would otherwise. I like the theatre, too. I think it’s an ideal size, and there’s not a bad seat in the house. Every seat is comfortable and gives you a good view of the stage. It’s a lovely theatre to work in.”

When he started out as a fresh-faced 24-year-old back in 1967, amateur theatre was more popular than its professional counterpart. Sadly, times have changed. “It used to be the other way around; the amateurs were the ones that used to sell, but it’s getting harder and harder,” Fred laments. There are several reasons why, but the main source of consternation is the rising cost of staging a show. Exorbitant licensing royalties for popular productions, coupled with the need to hire orchestras and costumes, sees the bills mount to worrying levels.

Without the government or local businesses to turn to for financial support, many amateur societies have fallen by the wayside. The DMTC is still going strong, at least in part down to those familial ties.

“Somebody said to me the other day from another society, ‘Durham society is more like a big family’, and in many ways it is,” Fred enthuses. The rotation of key parts and the partaking in fundraisers and social events helps to keep the society afloat – “the income is not just through the ticket sales” – but a frequently packed house is a must if they are to survive.

“Amateur societies are having difficulty everywhere,” he insists. “The cost of doing shows now is getting really prohibitive. The break even point is around 95, 96%. If you sell out, that’s great, but if you don’t, you’re in financial difficulties.” While the professionals continue to record sell-out audiences at £70 a head, performers at the other end of the scale are charging a quarter of the ticket price, but struggle to balance the books. “Sunderland Empire’s top price is £70; ours is £18.50. I’m not comparing the two, but I don’t know whether people get that much more pleasure from seeing the pro shows.”

That certainly isn’t the case for Stephen Conway. Wade Financial’s Managing Director has become a regular face at the Gala over the years, and is set to make the transition from playgoer to patron.

“The shows they put on really are excellent, right up there at the higher end of the spectrum. I took eight of my clients down to see A Funny Thing Happened On The Way To The Forum, and they absolutely loved it,” Stephen says. “You can see how hard the cast and crew work to bring these productions to life, and they are doing it all within very fine margins. A number of my personal clients are involved with the group, either on the stage or in the wings, but that is not the sole reason behind our keenness to see it continue. It is important that the arts remain accessible at a local level, especially at fantastic venues like the Gala Theatre. In that respect, we are eager to assist the DMTC in any way possible.” 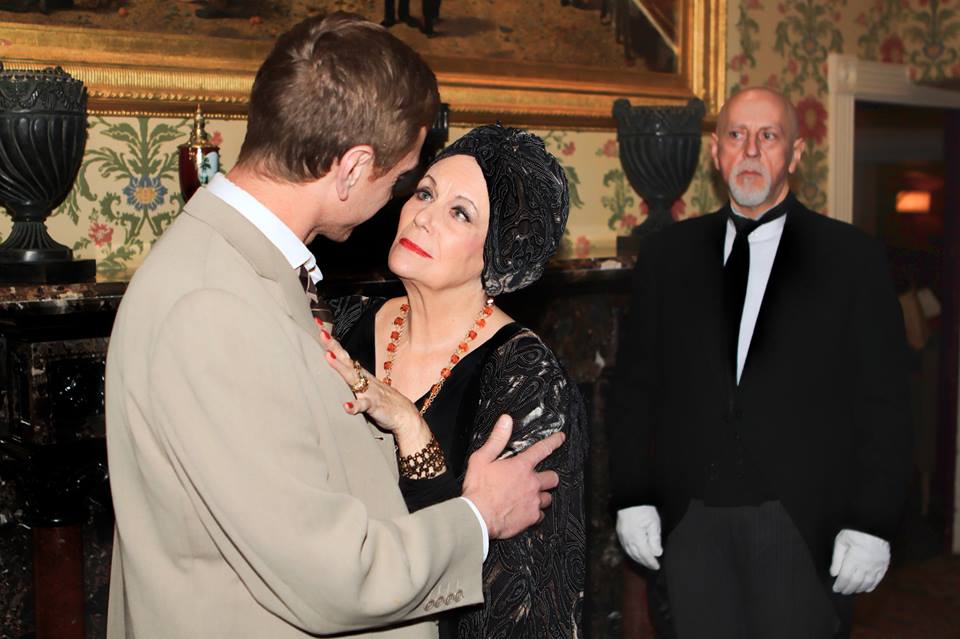 In these austere times, the irony of staging a show that notoriously hemorrhaged money during its long professional tours is not lost on Fred. In fact, the filming of key background videos – one famous shot in particular – might have proved costly, were it not for another friend of the society.

“Our friend in South Shields, who used to be chairman of that society, happens to have a swimming pool in his house. We went over and filmed the lad playing Joe falling into his pool and floating, and then we had somebody who went onto the bottom of the pool and took pictures from below with a waterproof camera. And that’s just the start of the show!”

Sunset Boulevard is based on the 1950 Billy Wilder film of the same name, and is narrated by Joe Gillis, a down on his luck screenwriter who chances upon Norma Desmond, a faded star of the silent movie era. The deluded actress soon draws Joe into her world of fantasy, with profound consequences on both. The musical, scored by Andrew Lloyd-Webber, has toured across the world, picking up Tony Awards and multiple Olivier Award nominations. “The score is brilliant, it’s Lloyd-Webber’s favourite. It’s a great story, and the construction of the show is fascinating, too.”

The show opens at the Gala Theatre on the Tuesday 23rd of June, running through until Saturday the 27th. Evening performances commence at 7.15pm, whilst matinee showings will take place at 2.15pm on Wednesday and Saturday. Tickets cost £18.50 for adults, £16.50 for juniors, concessions, students and unwaged, and can be booked online here via the Gala Durham website.

Amateur theatre remains big to its loyal following and its earnest volunteers. It’s the audiences that got small. With a little luck and the support of the local community, it can take centre stage once more.