Students at Easington Academy put on their walking boots to raise money in the name of their beloved friend.

Shannon Cassidy, a Year 8 pupil at the Academy, tragically lost her life after suffering a sudden asthma attack in November 2013. To honour her memory, the school undertook a raft of commemoratory measures, with donations going to Asthma UK, the nation’s leading asthma charity.

Teachers and students worked together to put up a memory wall, affording Shannon’s schoolmates the opportunity to remember their friend in the classroom. Almost one hundred pupils signed up to take part in sponsored walks or silences, including Shannon’s younger brother Kieron.

The student body shed their uniforms for the day, wearing clothes of their choice on the last Wednesday of term – many choosing to don the charity’s flagship colours. “There was a distinct purple colour amongst pupils throughout the school,” said Jon Gregory, a Department Head at Easington Academy. “Over ninety pupils took sponsor forms to either walk or be silent for the day.” 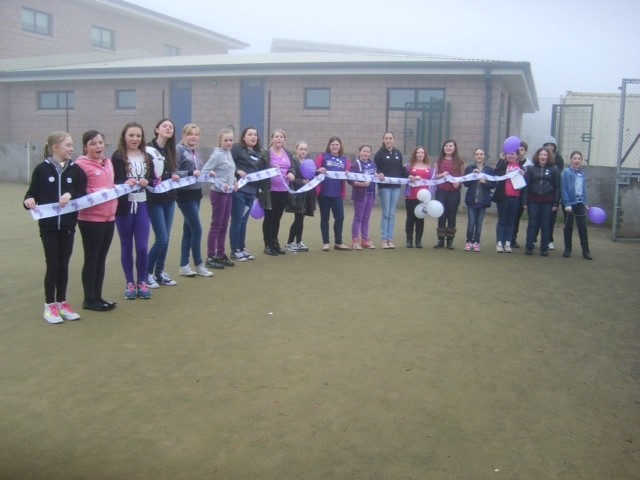 Of those taking part, twenty bold pupils walked a full mile in aid of the cause. “We used the football astroturf area because it was foggy, rainy and cold and this was the most suitable surface,” added Jon. “They all walked the mile around the circuit laid out and were in great heart, despite the weather conditions. They were carrying the two Asthma UK strips, balloons, a poster they made and were singing favourite songs of Shannon as they went. They all received the asthma charity stickers for completing this, and were given school vivo mile rewards for taking part.”

Wade Financial’s David Dodds serves as a stand-up speaker for the charity, and headed an assembly at Easington, where he talked to children about the chronic condition. “It was a sad story, but there was a fantastic response from the pupils at the school, who were all united in raising lots of money.”