As the Premier League’s finest swap club for country this weekend, semi-professional clubs across England are gearing up for Non-League Day, the annual event aiming to showcase the best of what our grassroots game has to offer.

Timed to coincide with the international break, Non-League Day has been running for four consecutive years, and those behind it have endeavoured tirelessly to promote the game in its purest form. It offers an experience a world apart from St. James’ Park. Spectators can expect admission, an old-school programme, a half-time snack and, most importantly, a full-blooded and frenetic football match. Better still, they can still leave the ground with change from a tenner. It’s nothing if not good value.

As sponsors of West Allotment Celtic, Wade Financial have always taken a keen interest in the non-league scene. We are equally excited to back Northern Promise, a magazine that looks to bring insight and opinion into the hands of non-league fans across the North East. To mark the occasion, the 68-page production, usually retailing at £2, will be distributed free of charge at a number of clubs. You can pick up your free copy for one day only at any of the following Northern League grounds: 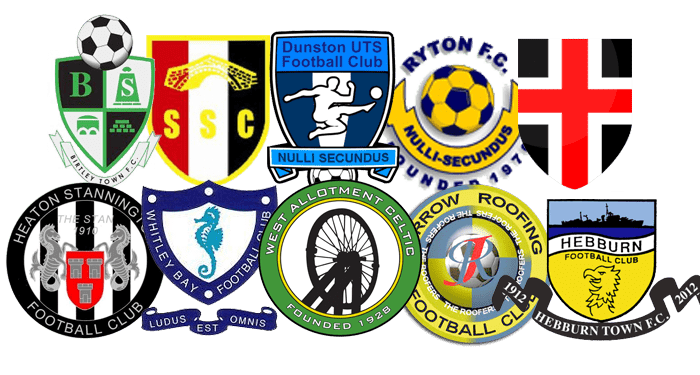 “The magazine is ostensibly all about promoting football up here in the North East and challenging it where appropriate, with particularly sharp focus on our non-league game, which has been one of our strongest assets as a region in recent years,” explained Editor Craig Dobson. “These clubs are like second homes to the hard core of passionate fans. Hopefully we can play our small part in drawing potential fans down to road to cheer on their local clubs, which fully deserve the support of their communities.”

The magazine founder was thrilled to have the backing of Wade Financial in the venture, citing their previous work with West Allotment Celtic as a reason for seeking their support. “I’m a big fan of West Allotment, so I know just how valuable the support of a company like Wade Financial can be. I’m thrilled that they offered their backing for the inaugural issue.”

The North Shields-based financial services company were only too keen to contribute to the periodical, which counts increased exposure for Northern League clubs as one of its primary aims. David Dodds, who also serves as Commercial Director at Allotment, said: “It’s a project which looks to encourage people to come and be part of their local community, which is something that Wade Financial constantly look to do ourselves through various other initiatives in the region. We’re delighted to be involved. Hopefully it can bring a few more bodies through the turnstiles!”

It’s a different kind of dedication and unbridled passion that can be sampled at the club around the corner. The Toon aren’t in action this weekend, so why not give yourself a break from the frustration that comes with supporting the black and whites. With eight games taking place on Tyneside alone – including FA Vase ties at Allotment, Ryton and Hebburn – football fans in the area are spoilt for choice.

You can wash the car, walk the dog, entertain the kids on Sunday. Saturday is for football. Get your fix tomorrow afternoon at a non-league ground near you.